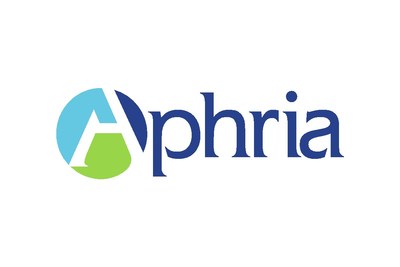 Vic Neufeld, Chair of Aphria and Liberty, announced today that, "We are pleased to receive confirmation from the TMX Group that there is no CDS ban on the clearing of securities of issuers with marijuana-related activities in the U.S. and we look forward to continuing our ongoing dialogue with the TSX and CDS in respect of this matter.  We are also pleased to receive further confirmation from the TMX Group that they are working with regulators to arrive at a solution that will clarify this matter for issuers, investors, participants and the public."

Vic Neufeld continued, "Aphria's common shares have traded on the TSX and previously the TSX Venture Exchange for almost 3 years during which time we have raised over $216 million from investors by way of five offerings by short form prospectus, all of which have been settled by CDS, and we look forward to this continued support from the TMX Group."

George Scorsis, Chief Executive Officer of Liberty, also added, "We concur with the TMX Group that working with regulators on a solution that will clarify this matter for all Canadian capital market participants is desired and required and we are prepared to work collaboratively with regulators to achieve this end result on a timely basis."

Aphria has had marijuana related activities in the US since 2015 which has been reflected in its continuous and timely disclosure record, including its Copperstate transaction, which was approved by the TSX Venture Exchange prior to its closing. Liberty's principal asset in the US is the recently acquired Florida license and operations as disclosed in the Information Circular of SecureCom Mobile Inc. (the predecessor corporation of Liberty) dated June 19, 2017. For all US based operations, both Aphria and Liberty are operating in compliance with the official guidance from both the US Treasury Department and the US Department of Justice through banks compliant with the federal government directives. Both Aphria and Liberty will continue to work with their governmental advisors at the federal level to provide assistance to governmental officials with the ongoing US policy making initiatives related to medical cannabis in the Unities States.

Aphria and Liberty will both continue to focus on their existing strategies for the medical cannabis industry in Canada and the United States, respectively. Specifically, the focus is to supply the growing demand in both countries for reliable and affordable medical grade marijuana to improve the quality of people's lives. Each of Aphria and Liberty will continue to monitor and work with its US and Canadian advisors on strategies to timely and effectively respond on behalf of its stakeholders to any new policy initiatives in both Canada and the United States within the medical cannabis industry.

Aphria Inc., one of Canada's lowest cost producers, produces, supplies and sells medical cannabis. Located in Leamington, Ontario, the greenhouse capital of Canada. Aphria is truly powered by sunlight, allowing for the most natural growing conditions available. Aphria is committed to providing pharma-grade medical cannabis, superior patient care while balancing patient economics and returns to shareholders. Aphria was the first public licenced producer to report positive cash flow from operations and the first to report positive earnings in consecutive quarters.

Liberty Health Sciences Inc. is an investor and operator in the medical cannabis market, capitalizing on new and existing opportunities in the United States.  Liberty's stringent investment criteria for expansion maximizes returns to shareholders, while focusing on significant near and mid-term opportunities.  Liberty has an extensive background in highly regulated industries, with expertise in becoming a low-cost producer.  Liberty leverages commercial greenhouse knowledge to deliver high-quality, clean and safe pharmaceutical grade cannabis to patients.

CAUTIONARY NOTE REGARDING FORWARD-LOOKING STATEMENTS: Certain information in this news release constitutes forward-looking statements under applicable securities laws. Any statements that are contained in this news release that are not statements of historical fact may be deemed to be forward-looking statements. Forward looking statements are often identified by terms such as "may", "should", "anticipate", "expect", "potential", "believe", "intend" or the negative of these terms and similar expressions. Forward-looking statements in this news release include, but are not limited to, expectations related to future expansion and growth strategies and opportunities; and statements with respect to internal expectations and beliefs regarding the practices of how its securities are traded and settled; policy positions and regulatory frameworks for the U.S. cannabis market; and expectations for future growing capacity and costs, both in the United States and domestically. Forward-looking statements necessarily involve known and unknown risks, including, without limitation, risks associated with general economic conditions; adverse industry events; marketing costs; loss of markets; future legislative and regulatory developments involving medical marijuana; inability to access sufficient capital from internal and external sources, and/or inability to access sufficient capital on favourable terms; the cannabis industry in Canada and the United States generally; income tax and regulatory matters; the ability of Aphria to implement its business strategies; competition; crop failure; currency and interest rate fluctuations and other risks, including those risks that have been previously disclosed in Aphria's previously filed offering documents and in Liberty's management information circular dated June 19, 2017.

Readers are cautioned that the foregoing list is not exhaustive. Readers are further cautioned not to place undue reliance on forward-looking statements as there can be no assurance that the plans, intentions or expectations upon which they are placed will occur. Such information, although considered reasonable by management at the time of preparation, may prove to be incorrect and actual results may differ materially from those anticipated.

Forward-looking statements contained in this news release are expressly qualified by this cautionary statement.